Alfalfa is recognized as one of the most nutritious forages available and is widely used as conserved forage (ex, hay, silage) in the diets of beef and dairy cattle. However, the utilization of alfalfa by grazing beef cattle has been limited due to its propensity to cause pasture bloat. Ruminants are unique in their ability to readily digest the cell wall components of forages and it is this ability that gives them a competitive advantage over other meat producing animals. Thus, to be sustainable in the future, forages must be a major component of any ruminant production system.

Alfalfa is one of the few forages that is capable of sustaining levels of production that are comparable to those achieved in the feedlot. Grazing of pure alfalfa stands has the potential to more than double the net farm income generated from mixed grass-legume pastures and under irrigation production yields of 1371 pounds of beef per acre have been reported. However, pasture bloat continues to impede the widespread adoption of alfalfa grazing systems, although, numerous technologies are presently being tested for bloat prevention. Agronomic strategies such as the co-cropping of bloat safe legumes (ex, sainfoin, birdsfoot trefoil) with alfalfa and wilting of the alfalfa prior to consumption are being explored for their ability to provide additional bloat protection. Although many of these technologies can reduce the risk of bloat, none of them can guarantee bloat safe grazing of alfalfa under the management conditions.

Alfalfa has an initial rate of ruminal digestion that is five to ten times greater than that of most grasses. The rapid microbial colonization and digestion of alfalfa reduces particle size and increases the passage of digesta from the rumen, enabling the animal to consume greater quantities of forage. Whereas this rapid digestion and particle size reduction is responsible for the high productivity of cattle on alfalfa pasture, it also is in part responsible for bloat.

Bloat risk is highest when alfalfa is in vegetative to early bloom stages of growth. As alfalfa enters into the full bloom or post bloom stages, soluble protein levels decrease, plant cell walls thicken, lignin content increases and the rate of digestion of alfalfa in the rumen decreases. Consequently, many experienced producers do not allow their cattle to graze alfalfa until it is in full bloom.

Soluble protein levels may also be higher in the plant early in the day and this may be why many experienced producers recommend that cattle be turned into alfalfa pastures after the morning dew is off the alfalfa. Other strategies of bloat prevention such as wilting of alfalfa also lower soluble protein levels in the alfalfa and reduce bloat risk.

Although one might think that the same effect would be achieved after a good fall frost, freezing can rupture plant cell walls and increase the release of soluble protein in the plant. Thus, the notion that alfalfa is bloat-safe after a frost is a fallacy. It is likely that the risk of bloat in frozen alfalfa decreases with time as proteins complex with carbohydrate in a manner similar to that achieved with wilting or drying. However, as many a dairy farmer can attest to, cattle can still bloat on alfalfa hay, and long term frozen alfalfa should be considered bloat reduced, not bloat safe.

Proper management of the animal is just as pivotal to bloat prevention as management of the plant. Although there are few experiments to prove the concept, most experienced producers would agree that cattle must learn to graze alfalfa. In our experience, cattle that have not grazed alfalfa will invariably consume most of the other forages (ex, grasses, dandelions) that are present in pasture. This may result in a false sense of security as cattle will seldom bloat while these alternative forages remain in the stand. However, as these forages become depleted, the risk of bloat increases and such a scenario is often responsible for bloat outbreaks two to three days after animals have been moved to a new pasture.

Uniform and regular intake is the key to managing animals on alfalfa pastures. Cattle should never be introduced to an alfalfa pasture until they have been fed to satiety. Providing cattle with a mixture of good quality alfalfa-grass hay can provide the rumen fill that is necessary to prevent overconsumption of fresh alfalfa when cattle are first introduced to the pasture. High stocking densities increase competition for the alfalfa and reduce the likelihood of any one animal selectively grazing only the top portion of the plant. Once introduced, every effort should be made to maintain the herd on alfalfa pasture.

Animals will often experience mild bloat when they are first introduced to alfalfa, but this condition can often be treated by simply keeping the animal walking until the gas dissipates. Removing the animals from the pasture and reintroducing them at a later date often only increases the risk of bloat, unless the initial grazing attempt was made in the bud or pre-bud stage of growth. If rotational grazing is used, care should be taken to ensure that the initial paddock is not over grazed to the point that animals are hungry when they are introduced into a fresh paddock.

Management of cattle on alfalfa pasture is a dynamic art and must be done with an appreciation of the factors that can cause fluctuation in the intake of alfalfa. Environmental factors that interrupt regular grazing bouts on alfalfa pasture such as storms, exceptionally hot weather or biting flies can alter intake patterns and increase the risk of bloat. During these periods of high risk, animals should be observed for symptoms of bloat more often as these conditions often lead to multiple bloats or bloat storms.

Cattle generally have three to four grazing bouts per day on alfalfa pastures. Major bouts tend to occur shortly after sunrise and early in the evening. Bloat usually occurs an hour to one and a half hours after a major grazing bout. Consequently, familiarity with the grazing patterns of the cattle can enable producers to adjust their management practices to observe the animals during times of greatest bloat risk. 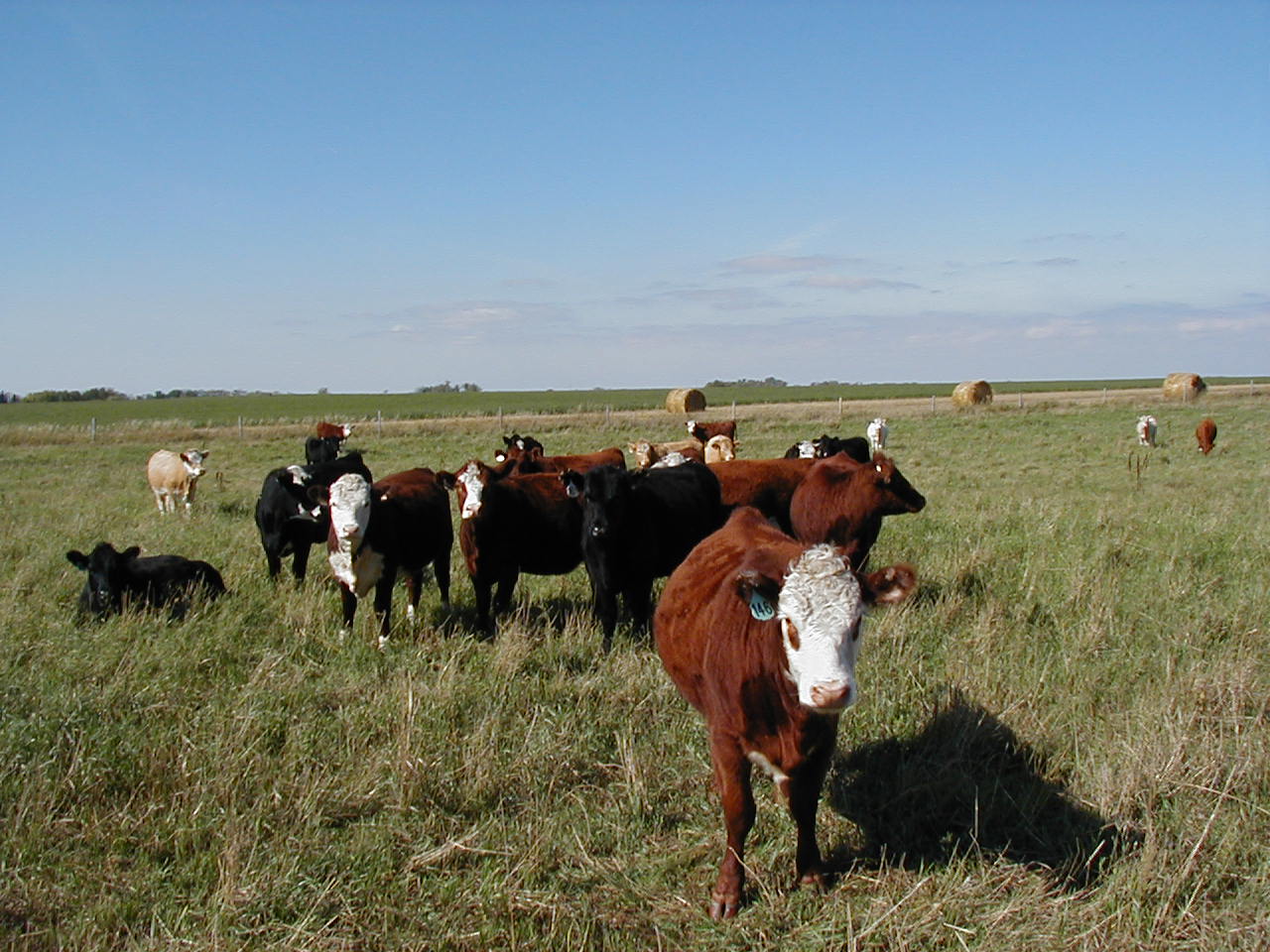 Although several technologies have been developed to reduce the risk of bloat, it is highly unlikely that any of these will completely eliminate the occurrence of bloat on alfalfa pasture. Increased management and the risk of bloat can be seen as the cost that is associated with the high levels of productivity and associated profitability that are possible with grazing alfalfa. As with production of cattle in a feedlot, producers will only be comfortable with grazing alfalfa if they are prepared to adopt the concept of an acceptable level of death loss. Knowledge of the interactions between the animal, plant and environment factors that lead to bloat is the key to profitable grazing alfalfa with minimal death loss. Bloat prevention technologies can be coupled with management to allow one to have a sounder night’s sleep.

Updated Livestock Transport Regulations And What You Need To Know